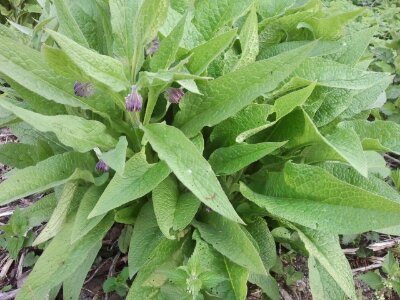 About 8 weeks ago I strained my foot, lugging a heavy suitcase upstairs, in worn out shoes. Clearly not a good idea as I’ve been annoyed by a sore foot since then. I gave in and headed for the doctor on Friday, suspecting something worse than a strain. Thankfully nothing else seems to be wrong, apparently just more time is needed and some pain killing anti-inflammatories to settle things down. Fed up with limping and not being able to do yoga, I slicked two of the pills. After a 12 hour psychedelic sleep and then a day feeling like a space cadet, it seems I’m allergic to the tablets. So back to the herbs and surprise surprise, they are working a treat and my brain feels clear again.

Here’s what I made to speed the healing and ease the inflammation (if you dislike the idea of lard, use ghee or a quality vegetable oil – which you can later thicken with beeswax). This healing lard based ointment feels silky smooth, cooling, calming and takes the pain away. 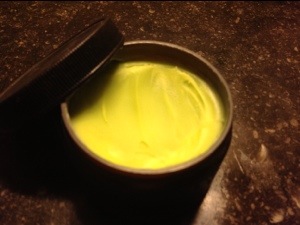 1. Chop all the fresh herbs and place in a heavy based saucepan along with the lard.
2. Heat over the lowest possible flame to melt the lard and then to simmer it for approximately 40 minutes (stay with it and stir every minute or so, obviously the lard is highly flammable if left unattended).
3. After 40 minutes the herbs should be just turning slightly crispy, as all the moisture leaves them. This is a good time to stop, turn off the heat, move the pan from the stove and allow the mixture to cool for a few minutes.
4. Strain the herbs from the infused lard by carefully pouring through a muslin/super clean tea towel and sieve.
5. Add the spent herbs to the compost bin and pour the infused lard into a sterile container or two.
6. I keep this ointment in a fridge and use it freely on sprains, strains and skin irritations that benefit from cooling.